It's safe ... dependable ... economical ... and you receive personal service from Approved Oil. No wonder Oilheat is the #1 choice in home heating! 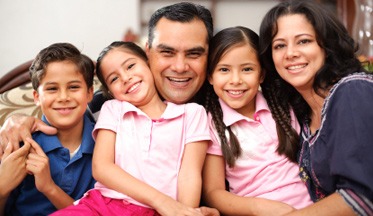 In order to light heating oil on fire, you must heat it above 140°F, the temperature at which it begins to vaporize ... it will not burn in the liquid state. For instance, if you were to drop a match into Oilheat, it would go out as if it were dropped into water. Also, Oilheat warns you about carbon monoxide. The possibility of deadly carbon monoxide gas entering the home from an oil burner is extremely low, however, should an Oilheat burner malfunction, smoke is generated before carbon monoxide is released, so the homeowner sees a clear warning.

With heating oil, homeowners have control over their heat and they do not have to worry about disruptions in their fuel supply. Oilheat customers have their fuel source stored safely on their property in a corrosion-resistant storage tank.

Oilheat Is Efficient and Cleaner than Ever

Today's Oilheat burns 95% cleaner than it did in the 1970s. The Federal Clean Air Act does not regulate emissions produced by residential Oilheat equipment because negligible amounts are created.

The Oilheat industry's hard work to produce energy-efficient equipment has paid off, and now heating systems have efficiency ratings of 90% and over! Compared to a heating system from 1973 which took 1,294 gallons to heat a home, a modern heating system takes only 750 gallons!

Furthermore, thanks in part to the efforts of the New York Oil Heating Association, all oil companies in New York City are required to add at least 5% biodiesel to their heating oil. This renewable blend, called B5 Bioheat® heating oil, is made by combining conventional heating oil with renewable natural resources like soybean oil for a cleaner fuel that burns more efficiently in all new and existing oil-fired heating equipment.

Oilheat is non-toxic, non-carcinogenic and biodegradable; therefore it does not pose a threat to the environment.

As an Oilheat customer you can always rely on a dependable supply. There are over 100 oil producing countries, and the U.S. is not dependent on any one country or region for its supply.* In addition to the world's largest emergency crude oil stockpile, the Strategic Petroleum Reserve, which has a capacity of over 720 million barrels, the United States has the Northeast Home Heating Oil Reserve, a 1-million barrel supply of emergency fuel oil for homes and businesses in the Northeast.
* U.S. Energy Information Administration

It is Ultra-Clean. Ultra-Efficient. And Ultra-Environmentally Friendly.
It is Ultra-Low Sulfur Heating Oil!

Your heating oil is better than ever!

In 2010, New York State approved a switch to ultra-low sulfur heating oil (ULSHO), which reduces sulfur content in the fuel by 99%. The law went into effect on July 1, 2012.